Home → Development of the West Direction of Dynamics 365FO

Development of the West Direction of Dynamics 365FO

Roadshow around Italy and Germany

Last week our colleagues returned from yet another road show. This time, we had appointments exclusively with integrators. We assumed that everyone was working with Dynamics 365FO in Europe, but it turns out that this is not the case. Many companies are still working with older versions including 2009 and 2012.

Our company and our experience raised a high level of interest. We briefly outline the meetings below.

We met with a major Italian integrator that only 1 year ago had started to actively implement Dynamics 365FO, despite the fact that they had had access since 2014. They mentioned their reasons for this boiled down to two main factors – the large amount of bugs present in 365FO during the first 2 years, and the hybrid version cloud (including their own server) were still not working steadily enough.

In Europe, there also exists an act for personal data (the Data Protection Directive); companies are required to keep and process data within Europe. Both Italy and Germany use the cloud and, as a rule, keep their data at servers in Dublin, Ireland.

There are many Dynamic CRM projects in Italy.

When migrating to Dynamics 365FO from 3.0, 4.0, and 2009 versions, you actually need to implement it from scratch. The system changed significantly. It’s easier when migrating from 2012 version, but it all depends on the number of customisations.

They are feeling the shortage of Dynamics specialists, many of whom are leaving Italy for Germany or England where wages are one and a half to two times higher.

Our meetings started in the morning. First we met with an integrator that specialised in large-scale manufacturing, distribution, and fashion projects.

Quality is the supreme criterion when choosing a developer. There are risks of disrupting deadlines with a poor developer. That’s why price ranks second.

They use their own solution for a hybrid model cloud + server in Dynamics 365FO.

Besides, they have an academy of trainees. Each year they coach around 10 people most of which get hired.

The company uses TFS for allocation of resources among projects, management of workload, and tasks. There is a knowledge base – if a certain solution is made for a single project, it’s used later on in other projects as well.

They are also following the trend and working on creating an ML direction; there is only one employee there so far. They listened about our projects with interest.

The next meeting was with a major integrator. The company has its own solution based on Dynamics 365FO for the trade sector.

They said that previously there were no applications. Then, a year and a half ago, it was like a tornado outbreak – they had offers from outsourcers from Russia, Belarus, and Ukraine on a weekly basis.

We met an ERP-manager of a large company and got a lot of interesting information about the specificity of the German market. For example, there are a lot of consultants/outsourcers from Ukraine and Belarus that work in Germany. Each consultant can work for western companies. Finance is universal, while one can learn the specifics of a country within 2 weeks.

We also discovered that there were developers that had relocated to Germany to live and work. The main reason for moving to Germany is comfort and safety. A significant barrier for developers that wish to move to Germany is that they need to know the German language in addition to knowing English. Furthermore, to work in Munich, you have to know Bavarian.

All meetings were productive and we carry on with further negotiations. Our overall impressions of the meetings:

If you are in need of developers and consultants for Dynamics 365FO or other AX versions, write us at L.diana@i-neti.com or call +44 207 193 23 72. We will be happy to tell you more about our experiences and discuss how we can be of use to you. 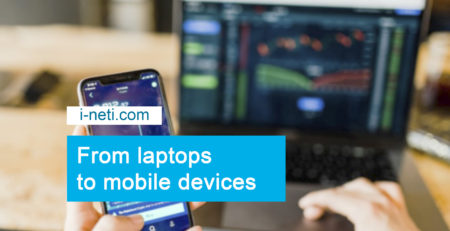 One of our dedicated teams recently completed a project for a client that involved the development of a mobile... read more 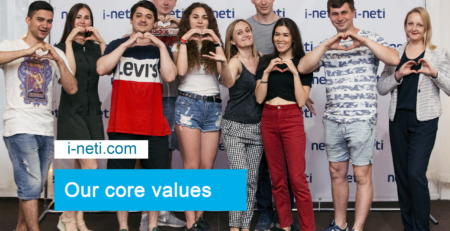 We have been working in the ERP market for over 15 years now and have been cooperating with clients... read more 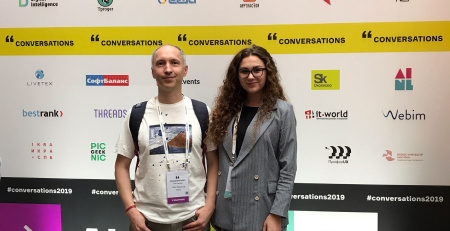 Last week, our colleagues attended a conference on conversational AI for business and developers in St. Petersburg, Russia. “We decided... read more

i-Neti specialists have implemented integration between MS DAX and 1C for the kari network 07.06.2021