We have an end-client who is a furniture, appliances, electronics and home furnishing retailer. They reached out to us to help them with 2 blocking issues in Microsoft Dynamics AX 2012 – blocking that occurs during the posting process of both daily sales and vendor invoices.

The posting of daily sales is normally scheduled to run as a batch job overnight. But, if there are any over the limit differences in amounts, the job reports an error and execution comes to a complete halt. This meant that first thing in the morning, before stores opened for business, the accounting department had to frantically make corrections and post them manually. The problem was that if they couldn’t resolve the issues in time, their Customer table would remain blocked, which meant they couldn’t insert new customers, and this was a major issue for their regular sales process.

The second problem the client was experiencing was posting vendor invoices. When they posted one vendor invoice, it would cause a block to the Inventory tables, which resulted in not being able to post another vendor invoice.

Once we were assigned the task of fixing the blocking issues, our developers quickly found the problem. We noticed that when a mass-update was performed, it caused an exclusive block on the InventTrans table. By replacing the bulk updating of rows to instead update line-by-line (while selected), the blocking issue was no longer present because an index is used across the field RecId.

Blocking on the CustTable was also resolved after we changed the bulk update performed on the InventTrans table to row-by-row. This was caused by intermediate tables including InventDim and InventTransOrigin which were being blocked during the update process on the InventTrans records.

If your business experiences blocking issues in Microsoft Dynamics AX 2012 or you need to resolve technical issues fast, contact us, and let us show you how we can help you. 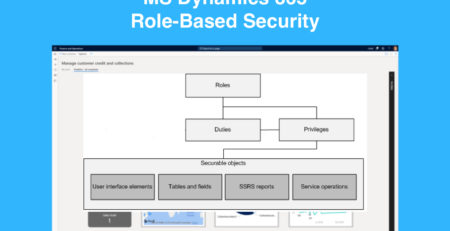 Dynamics 365 Finance (previously Dynamics 365 for Finance and Operations) uses a role-based security model for access to its... read more 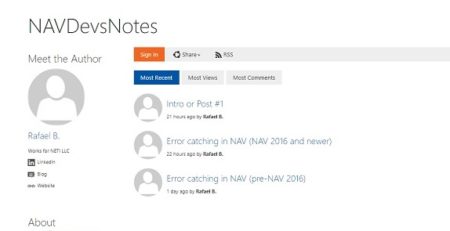 Modifications of Microsoft Dynamics AX functionality for a client from UAE

The client of our partner, a wholesale distributor of FMCG in the UAE and Oman, assigned us with the... read more

Importing Data into MS Dynamics 365 for Finance and Operations Environments 09.08.2021

How to organize the development and testing environment in Dynamics 365 FO on-premise project properly? 26.07.2021